Which flowers do you give when? A guide from January to December 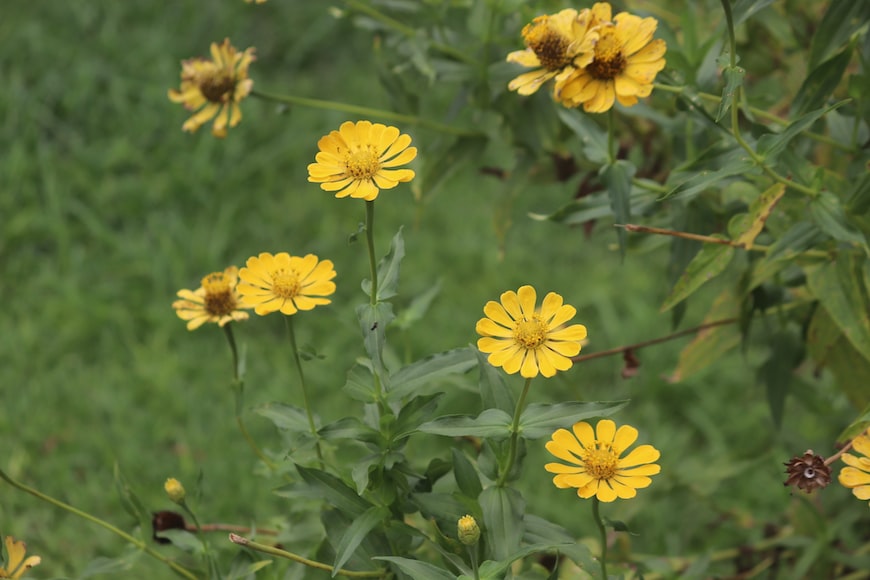 Valentine’s Day, birthdays, anniversaries – and even seemingly insignificant occasions are given meaning with flowers. Because almost everyone is happy about flowers – especially if they are chosen to match the season. This is sustainable and varied throughout the year!

Flowers are a bit like the signs of the zodiac: there is a flower for every month that goes particularly well with it – because it is in season and can be obtained from regional cultivation, but also because we associate flowers with symbolism and moods. Our twelve favorites will take you sustainably and stylishly through a colorful, blooming year 2022!

Flower meaning: Our 12 seasonal varieties for 2022

Outside it is white (with snow) or gray (without it), nature is still in hibernation. But with a little trick we can help her along: the branches of some shrubs bloom early in warm rooms and bring a little bit of spring fever into the house. In addition to elegant magnolias and camellias, quince and cherry sprigs are also suitable.

Alternative: cloves. Although they do not grow in Europe in winter, they are traditionally assigned to January and stand for loyal love and friendship.

According to the traditional birth flower calendar, February is associated with two flowers: iris and violet. Both are associated with mindfulness, trust and loyalty. Well, you can never go wrong with that, and certainly not when the year and the good resolutions are still young. But if you prefer to stay seasonal and have had enough of perseverance slogans and winter blues, we recommend hyacinths instead. Their colors are delightful and their sweet fragrance awakens sleepy senses – the almost intoxicating aroma is a matter of taste, but (not unimportant when it comes to gifts) it ensures that they are by no means overlooked or forgotten.

PS Since roses are pretty much synonymous with Valentine’s Day, they make a guest appearance here – before being fully appreciated in midsummer (see June).

March is spring yellow, like the daffodils (okay, sometimes they’re more creamy). Raising their calyxes so cheekily towards the sun, these early bloomers are associated with prosperity and happiness, rebirth and new beginnings. And although the myth of Narcissus naturally has an egomaniacal quality, it also has something to do with love. Potted daffodils are even more sustainable than cut flowers – if you’re lucky, they’ll come back every year, quite unselfishly.

Even if they have had to simulate spring in supermarkets since January: In Central Europe, tulips are only now blooming. With short or long stems, double flowers or ruffled edges, monochrome, high-contrast or with a gradient: Tulips are jacks of all trades, mastering the rustic subject as well as the exquisite appearance.

Self-picked alternative: daisies. April is known to be unpredictable, but the indestructible daisies defy all weather whims with their cheerful nature. Innocent, pure, simple and seemingly always cheerful, even if they occasionally have to sacrifice their petals in search of true love (she loves me, she loves me not…).

May is fresh, pure and innocent, like the lilies (and the lilies of the valley, of course). In general, it is the month of flowers. The lily was greatly revered by the Greeks – believed to be the milk of the goddess Hera. It is also associated with the Virgin Mary, no painting of the Annunciation can do without the lily (to be checked in the Uffizi Gallery in Florence, that would be a nice destination in May…). And if you don’t give a damn about myths and symbolism and don’t limit yourself to white, you can even choose between all the colors of the sunrise.

With June come the roses. No flower is so symbolic. Each color is given a different meaning, as is the number that should appear in a bouquet or individually. It represents beauty, perfection, health, wealth, and something like perfection, if such a thing exists. You can therefore buy them all year round, but you can only steal them directly from the garden in this country in summer – the rest of the year they mostly come from Dutch greenhouses or from Kenya (where the latter sometimes even less impact on the environment ).

In July you should reach for delphiniums – if you like it a little more poetically, call it by its Latin name: delphinium. The classic from the cottage garden is ideal for natural-looking forest and meadow bouquets. Larkspur is also the so-called birth flower, the symbol of the month of July. It is considered a medicinal plant or poison, and it is also said to attract music and a good mood. And it exudes a fantastic scent that suggests lightness and light-heartedness. The perfect mood for an intense, carefree summer.

For August we recommend the gladiolus. The flower with the long inflorescences, which comes from South America, blooms profusely in every imaginable shade of red, from pale pink to glowing orange to violet. Incidentally, their name comes from the Latin word gladiolus , the diminutive of gladius , sword. This refers, among other things, to the fact that it was given to gladiators who had triumphed in battle. However, despite this heroic symbolism and striking shape, it blends quite well with other flowers and can be tied into stunning bouquets. Midsummer in a vase.

A good star for September: Now the blooming season of many aster species begins, whose name is derived from the Greek word for star and refers to the shape of this pleasantly simple flower that often grows in clusters. In ancient times, it was believed that the scent of the leaves, when burned, drives away all evil. At least the colors of their blossoms, ranging from soft pink to pastel purple to pale lilac, scare away the thought of the beginning of autumn for the time being.

In October we’ll treat ourselves to another helping of summer! The marigold exudes warmth and optimism with its bright yellow or orange flowers. It is practically impossible to be timid near her, her friendly cheerfulness hardly leaves anyone indifferent. The flower, which blooms from May until the first frost, is also known as a medicinal plant (under the name calendula). So it can only be an advantage to have a bouquet of these at home.

For flower lovers, November is synonymous with chrysanthemums. Our ancestors saw an image of the sun in this flower, in Japan it stands for perfection. In any case, shortly before the end of the year, nature draws from the full again. It’s best to treat yourself to several bouquets at once, because chrysanthemums have many faces: They come as tiny green buttons, lushly filled peach-colored pompoms or delicate pale yellow stars.

The year is coming to an end, December is here and with it the amaryllis. The bulbous plant with majestic flowers in white, pink or red on sturdy stems is a popular gift in a pot, but it also makes a good opulent cut flower in a winter bouquet. It is only demanding when it comes to temperature: Sudden cold weather or an overheated room can end the flowering quite abruptly.

Can’t decide based on flower meaning?

Then you might be interested to know that the Flower Council of Holland has announced a new trend for 2022: “This season, the focus is on the accessories and they take on the leading role in the vase,” says a press release. Leaves and inconspicuous blossoms, which are otherwise only intended to support the main protagonists, become the stars of the bouquet themselves.

Supply Chain Crisis II: Creative Chaos in the Global Flower Market
Poppies instead of roses: In the USA, large plantations cannot meet the great post-Covid demand. Will this become an opportunity for regional cultivation, also in Europe?
The five best houseplants for your home
It’s time to give our homes a green touch. Here you will find five of the most sought-after houseplants and tips to make your exotic roommates feel comfortable in your home.
Houseplant trends for 2022 – everything you need to know
These green roommates are probably popping up on your Instagram feeds again: Here are the plants you should definitely keep on your radar.
Pantone trend color 2022: “Very Peri” is the color of the year
With “Very Peri”, the color giant Pantone has developed a new mixture of blue and red-violet that emphasizes the increasingly disappearing boundaries between the physical and digital worlds.