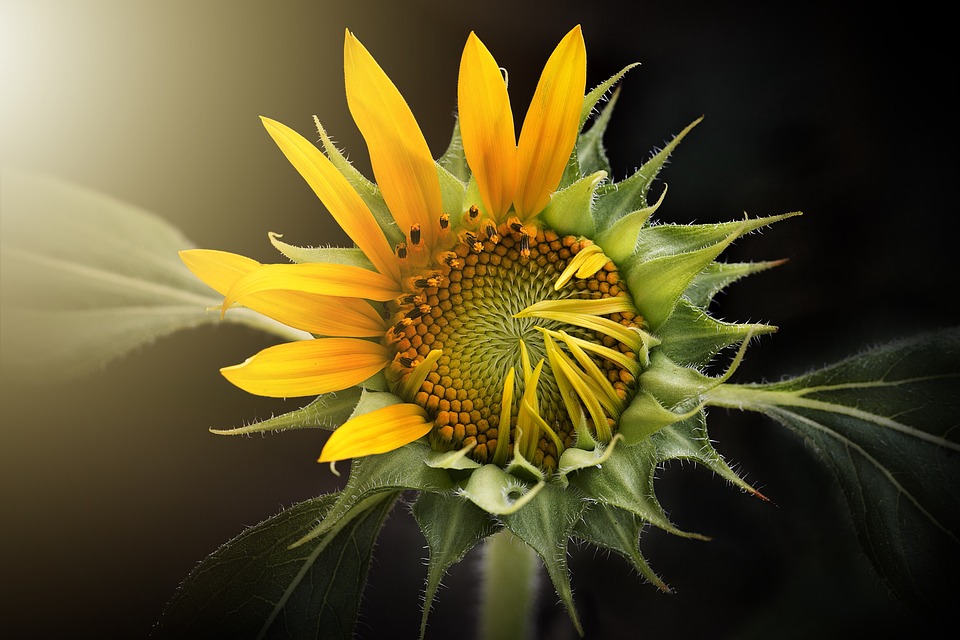 While North American Indians grew these flowers for their oily seeds, the Mexican Aztecs and Incas cultivated them solely for their beauty. Scientists found this out a few years ago through archaeological and linguistic research.

Sunflowers were worshiped as the image of the sun god and priestesses were crowned with them, as recorded by the Spanish explorer and conqueror Francisco Pizarro in the early 16th century. It was not until 1552 that seafarers brought some of the American seeds to Europe and helped the sunflower to become well-known across countries. Since then, numerous still lifes, painted by Claude Monet or Vincent van Gogh, among others, but also poems, such as those by Johann Wolfgang von Goethe, have dealt with their luminous splendor.

In the seventies it symbolized a more peaceful world for the hippies and was integrated into the logo of the political party “Die Grünen” in the early eighties. No wonder, because with its bright yellow petals that frame the almost black core, the flower not only looks like a small, yellow sun, but also conveys happiness, warmth and joie de vivre.

Even today, the sunflower is a symbol of summer. A whole field of them and you learn to marvel at how the giants turn their heads during the course of the day – summer in perfection. In order to enable this feeling in apartments, on balconies and terraces, fifteen Dutch gardeners developed the “Sunsation Sunflower” in pots in cooperation with the breeder Evanthia. As its name suggests, this potted plant really is a sunny sensation. Because every plant forms at least five flowers, which do not open at the same time, but one after the other.

This keeps the summer feeling for a long time and in a practical mini format, because the “Sunsation Sunflower” grows to a maximum height of 40 centimetres. While the leaves of sunflowers in the garden turn slightly brown and dry up, the compact foliage of their little sisters stays a lush green for weeks, even without much effort. The plant should be watered regularly so its root ball is moist but not too wet. Larger pots that hold water longer reduce the frequency of watering. In addition, the flower is happy about a little fertilizer. Withered flowers can easilyget cut.

A sun as a gift You can’t go wrong with a sun in your luggage. Gift for the next invitation from friends, as a souvenir to a party of acquaintances or the children’s birthday party of the niece or nephew: with a sunflower you conjure up a sincere smile on the faces of young and old.

Since “Sunsation Sunflowers” are pollen-free, they are also suitable for allergy sufferers. The sunny eye-catchers are easy, simple and do you good. More information and an overview of different varieties can be found at

admin Follow
« When and how should I repot my houseplant?
Sunflower: Meaning, History and Fun Facts »